Most data tables that are commonly used by analysts are what I call “dumb data” because the data often has no explicit semantics attached to it.

Consider places. Suppose we have a list of places with their areas and populations, where some of the places are parts of other places in the list. These are some of the semantic rules that apply at any fixed point of time:

Often data sets violate their semantics, typically due to data entry or other recording errors, this results in an exercise known as data cleaning. If semantics were imposed at the time of data collection, then the need for data cleaning will be greatly reduced. For instance, if the system knows that the population of New York City in 2018 was about 8.4 million people, if you attempt to enter a population for Brooklyn (one of New York City’s five borough) of 11.8 million, the system should reject it and tell you that either the 8.4 or 11.8 figure is wrong.

All of these rules can be implemented in code to make data tables smarter.

Typically, rows in a data table represent entities in the real world, and the columns represent properties of those entities. This can be translated into a propositional logic. So we might have a table of U.S. presidents with their birth and death dates. This would lead to, for instance, a propositional form like the following:

We can then express semantic rules like those listed above as in the following example:

In order to make this work, each column in the table needs to be strongly typed with its semantics. The birth and death date columns need to be labeled as dates, and the name column has to have the semantics of a person. 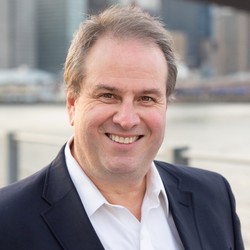